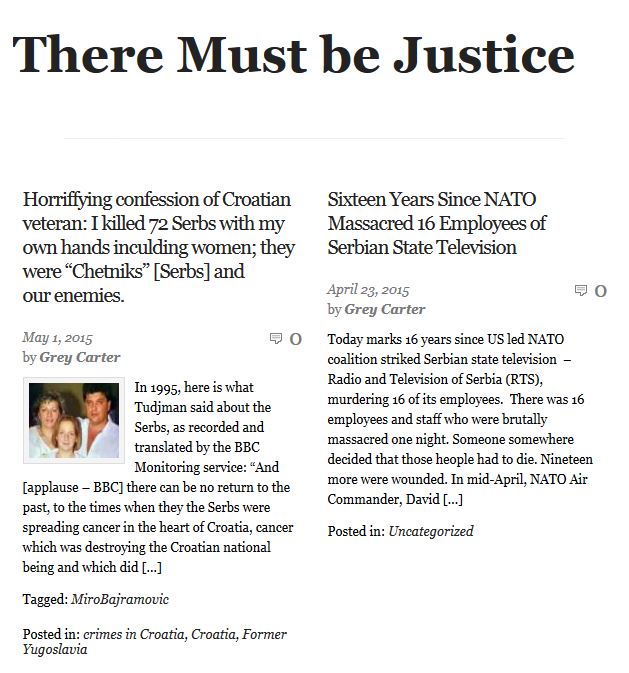 There Must be Justice >>

Srebrenica Was An Inside Job

In the wake of the July 1995 fall of the Srebrenica enclave, thousands of Muslim soldiers and draft eligible men were killed or went missing. Some were captured and summarily executed by Bosnian-Serb forces, and others died in combat.

Western governments, news media, and the U.N. War Crimes Tribunal in The Hague have assiduously misled the public about the nature of the massacre, at the same time they have remained conspicuously silent about the role U.N. officials and the Muslim regime in Sarajevo played in orchestrating the massacre.

Srebrenica’s Fall Could Have Been Prevented

Yasushi Akashi, who at the time was the special envoy of the U.N. Secretary General in the former Yugoslavia, said the U.N. had “limited capabilities” and could not prevent the fall of Srebrenica. He told the Associated Press, “There was a hundred of U.N. troops versus thousands of Serb troops. What could we have done?”[1]

According to the Dutch battalion of U.N. peacekeepers who were deployed in Srebrenica, quite a bit could have been done. They were authorized to call in air strikes if the enclave was attacked, and when it was attacked they did indeed call in air strikes, but they were blocked by the U.N. until it was too late.

According to the debriefing of Dutch Battalion personnel, “The battalion was counting on massive air support … air support was requested around 10.30 hrs. [on July 11, 1995] Then, despite all of its promises, the U.N. still failed to release air power.”

The Dutch Battalion’s report states that, “Both the battalion staff and the rest of Dutchbat are convinced that the fall of the enclave can be attributed to a distinct lack of support from the air; the limited close air support did not arrive until the battle was actually over.”[2]

Even without the U.N.’s help, Bosnian-Muslim president Alija Izetbegovic’s regime could have intervened to stop the fall of the enclave and subsequent massacre, but they chose not to act either.

There Must be Justice >>

Saudi prince to Clinton: “Muslims will never forget your deliverance of Bosnia-Herzogovenia and Kosovo”

1 Comment on There Must be Justice, for the Balkans