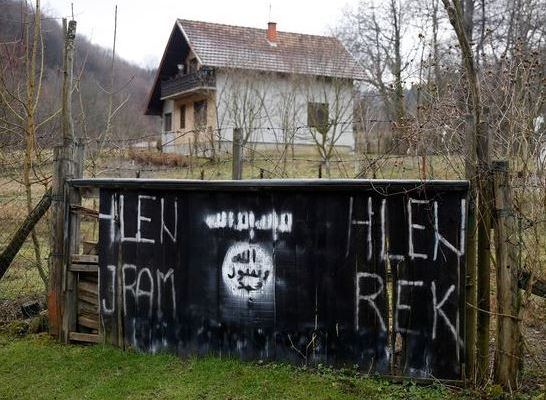 Local security services have staged a series of raids in Balkan countries following revelations that Islamic State terrorists have been secretly buying up land in mainland Europe.

The swoops follow an exclusive Sunday Mirror investigation which revealed that IS had developed new training grounds in the region.

Locals in the Bosnian village of Osve told our investigators that they regularly heard gunshots and a terrorism expert warned that the village is “a major threat” after it become a hideout for terrorists on the run, and a training centre for new recruits before they go to fight in Syria and Iraq.

Raids took place in five major cities across Macedonia, including the capital Skopje, and were aimed at smashing a network of recruiters and organisers for the terrorist group.

Macedonian police raided 25 homes, the Yaya Pasha and Tutunsuz mosque in Skopje, an internet cafe and the offices of two Islam-linked NGOs identified as Spark of Grace and Islamic Youth.