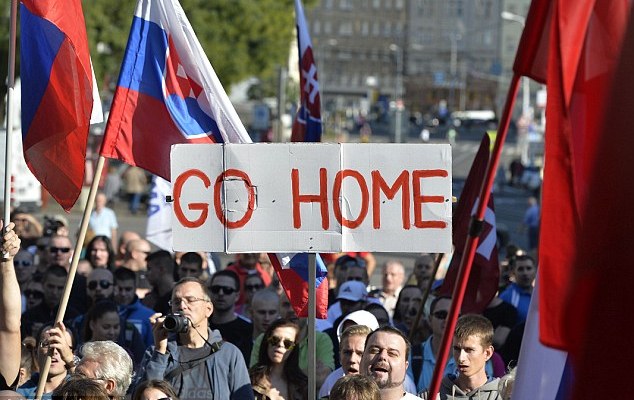 Thousands of angry protesters took to the streets in Eastern Europe to voice their opposition to the influx of migrants into the region.

‘Islam will be the death of Europe’ chanted protesters at a rally in Warsaw, with the pre-dominantly Roman Catholic crowd reaching as many as 5,000 people.

Hundreds of people also demonstrated in Prague and in the Slovak capital Bratislava, some holding banners reading: ‘You’re not welcome here so go home’.