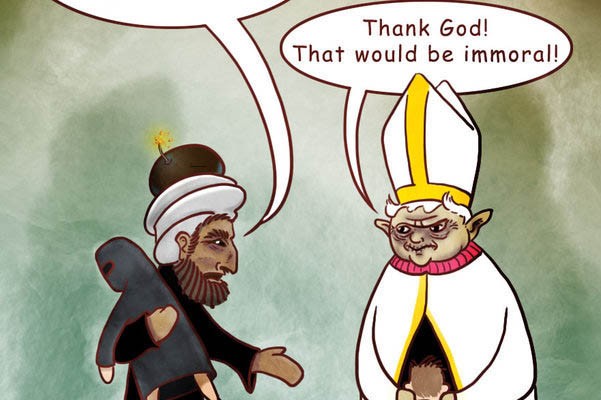 Europe is facing an ‘Arab invasion’, Pope Francis mused while addressing a French Christian group, adding that the trend is actually a positive one.

He then added: “How many invasions has Europe experienced in the course of its history! But it’s always been able to overcome them and move forward, finding itself complimented and improved by the cultural exchange they brought about.”

The Pontiff also reflected on the history of migration into Europe and the positive impact it has had on European culture as we now know it.