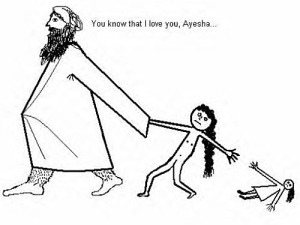 A regional German court has recognised as valid the marriage of a 14-year-old Syrian girl to her 20-year-old cousin, despite the legal age for marriage in Germany being 16. The case represents a landmark ruling, with the Federal Court set to adjudicate on the implications for the country as a whole.

Among the hundreds of thousands of migrants arriving in European countries over the eighteen months have been a number of underage wives, some as young as eleven, others already mothers. But although most European countries stipulate that a girl must be 16 to marry, the authorities seem unsure what to do with young bride migrants.

In what is likely to become a landmark ruling, the Oberlandesgericht Bamberg (Higher Regional Court in Bamberg, Bavaria) has this week decided that the marriage of a 14-year-old girl to her 20-year-old husband must be recognised as the wedding has already taken place, was recognised as legal in their native Syria, and was conducted in accordance with Sunni marriage rites.